The Islands – A Must Watch Movie Amid COVID-19

If you are getting bored during quarantine and lockdown and don’t know what to do then it is a great opportunity to watch the movie “The Islands”. The movie is based on the real-life story of a woman, the last queen Chiefess Kapiolani and the betrayal of her.

The theme is centered on Queen Kapiolani (1781-1841). She descended into an active volcano to demonstrate her new-founded faith. It depicts details from the history of 17th century Hawaii. The main depiction in the movie was the clash of cultures between Eastern and Western people.

In the story, her throne was occupied and she was detained and her supporters condemned to death. Her astonishing act of faith that challenged all local resolutions at the dangerous side of a volcano that previously destroyed villages. Hiram’s act of bravery and self-sacrifice encourage the queen to prove to her people that God is real for that she has to descend into the volcano and return, unharmed.

Her faith and bravery inspired the people around the world.

A local inspirational history film that is based on true events on the island. The story revolves around Queen Kapiolani during the time period from 1781-1841, the story is well documented. The heart of this true story is about 200 years old that was the queen’s act of faith which was extraordinary and that confronted all local treaties at the volcano site that previously destroyed villages.

The depiction of the clash between cultures of East and West at the time is conveyed very well. All the moments of fighting and bravery are highly engaging and expressive, it is a masterpiece of its own kind. Story motivates deep thinking on bigger issues. Queen Kapiolani became a Christian later in life and performed the most local tradition that was a reflection of protest of her faith.

The movie has some most impressive visuals. It features several villages and some different areas of Hawaiian, groups, and tribes. They had some heavy battles during those days the movie covers that part as well by using the same dresses and same war weapons. This is supposed to be a very real demonstration of life in Hawaii at the time.

Even though it is a faith-based historical movie, it symbolizes, legitimacy and the pure beauty of the villages featured in Hawaii. The director was an atheist and became Christian so he was able to understand different views in the world. This is obvious in the way the scenes extended and precisely the modifications of traditional islanders.

It is especially relevant in what many consider to be related to global events and moments in the world. It always had a continuous threat to life in its entirety, just like natural disasters Tsunamis and Volcanos. These are real-life events you can relate to this historical movie.

This film contains necessary emotion, action, conspiracy and very inspiring visual scenery that make a perfect impact of the historical events, regardless of their faith or value. This story is perfect for all ages and ideal for group and family entertainment too. It has only one back draw that the movie mostly contains local Hawaiian language you have to watch it with English subs.

It is truly a must-watch movie during these difficult times. You can watch it here. 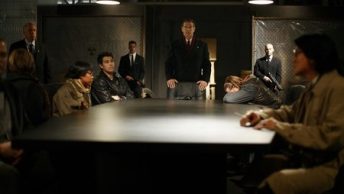 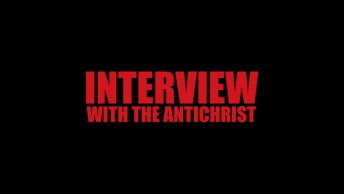 ‘Interview with the Antichrist’ Film Review